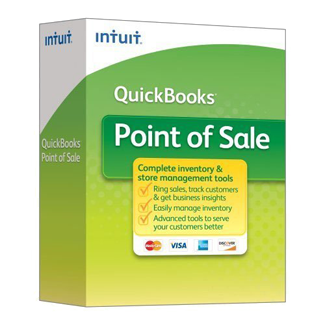 QuickBooks Point of Sale is probably the easiest of all the QuickBooks products to use. However, it is the most challenging to set up. If not set up properly there will be errors that can NEVER be corrected. Yes, they can be corrected going forward but the sales that were done incorrectly in the past usually cannot be fixed.

When you are opening a new retail store, or when you have purchased an existing store, you are making a substantial investment in everything from build-out to fixtures to inventory. You will have a lot of concerns on your mind. Having a POS system that is set up properly from the very beginning will help make your store easier to run.

Marilyn had 15 years of retail management experience before she became a CPA. So she truly understands, more than most QuickBooks ProAdvisors, what goes on behind the counter. She even installed a POS system in the store she managed in the 1980s. Yes, it ran on DOS, which she now refers to as Dinosaur Operating System.

She has worked on well over 250 installations. Many of these were original installations that she did herself. However, a great number were situations where she had to fix an incorrect set up.

Read some stories at the end of the page.

Many of the issues relate to how the sales tax was set up in the Point of Sale. Most people do not understand how sales tax is supposed to work in POS. Because Marilyn is a CPA and has been a retailer, she understands how it should work and will set it up properly.

1. A POS advisor in Pennsylvania was exhibiting QB POS at a trade show. When people stopped at his booth to discuss QuickBooks he found out something very interesting. 100% of the people who set it up themselves or had it set up by someone who was not very knowledgeable “hated it,” “wanted to throw it in the ditch,” or ‘wanted to throw it in the trash.” 100% of the people who had a knowledgeable ISP or POS Certified ProAdvisor set it up “loved it.”

2. The POS system for a store had been set up incorrectly a number of years ago. They needed to have their books in order because they wanted to sell the business. The estimate to review and correct the errors was anywhere from $8,000.00 to $15,000.00. They needed to hire a specialized audit company to do this work.

3. Marilyn had set up the POS in a brand new store. Their bookkeeper came in after a month and changed the sales tax to a method that did not work in Colorado. One side effect is that the new method generated a lot more work for the bookkeeper. But there was no reason to redo the sales tax.

4. A very well-meaning board member set up a POS for a non-profit’s thrift store. But he/she missed a very important step. As a result the non-profit lost all their credit card sales from December through March when they called Marilyn to see why they were not getting bank deposits for their credit card transactions.